After five days of the North Robocon 2017 elimination round, the organizers have identified 24 teams to attend the Final Nationwide Robocon Round, including 02 teams from Hanoi University of Industry. 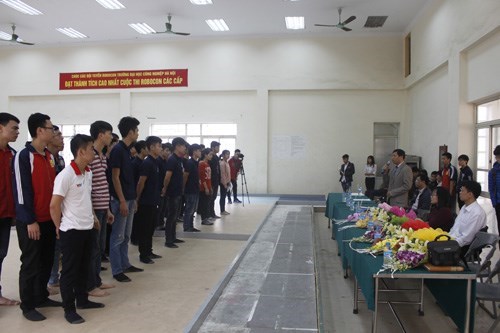 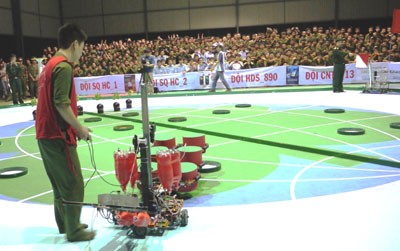 PANO – The Communication Officers School, under the Communication Arm, launched the Robot Contest 2013 (Robocon 2013) at the school level on March 9th, with the participation of 8 teams.

Six students from Lac Hong University representing Vietnam at the 11th Asia-Pacific Robocon Contest in Hong Kong came in second after being outclassed by their Chinese opponents in the final round on August 19.